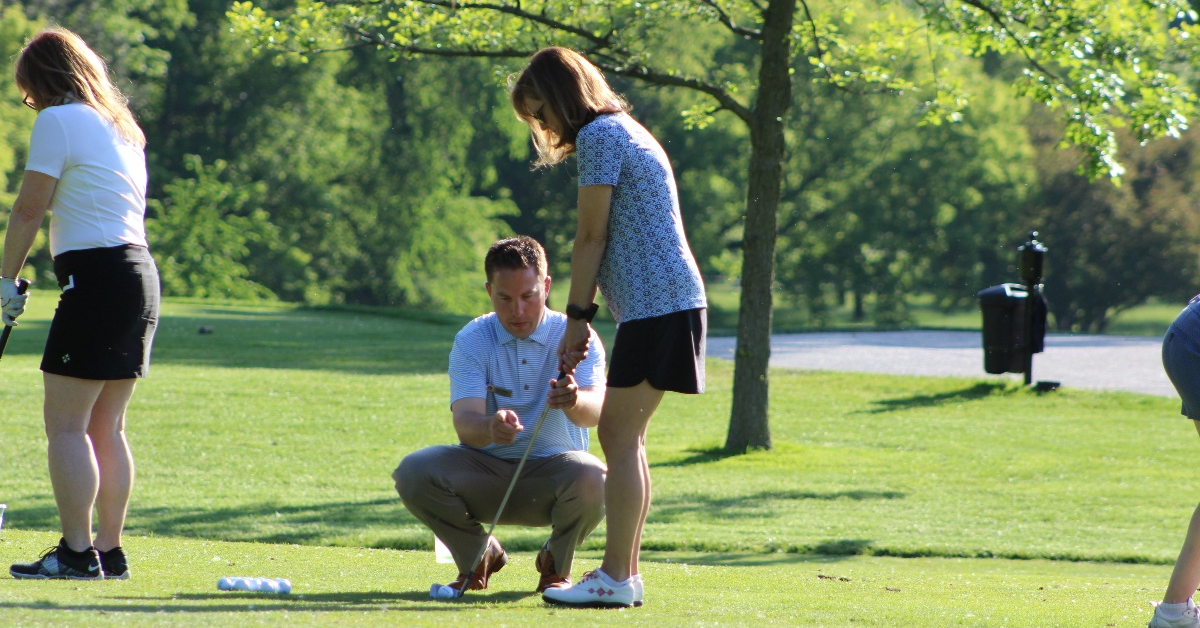 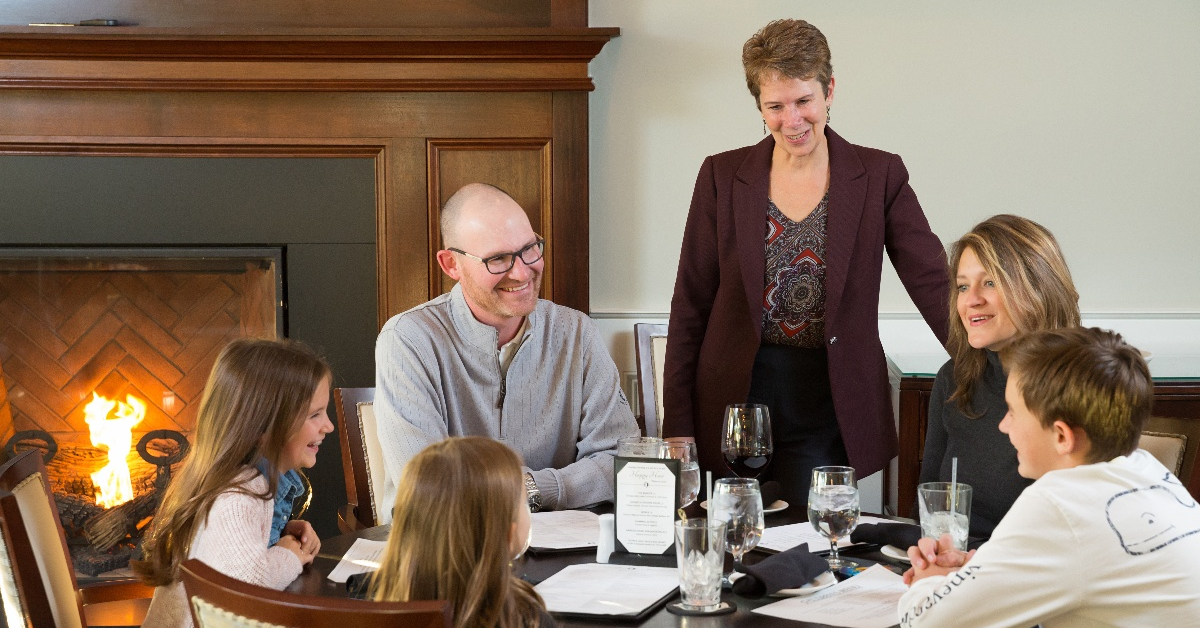 Much like your first day at a new school, joining a new club can be a bit intimidating. Everyone walking the halls--or in this case, the greens--seems to already know one another and knows what's going on. But just like school, learning the ropes of a new club isn't nearly as intimidating as it seems.

With plenty of social and golf groups to join, family activities to get involved in and lessons to help you improve your skills (not to mention the ability to play the course as much as you'd like) you'll get settled in in no time! Keep reading for a few tips to help make your adjustment go even more smoothly.

To Club or Cabin? That is the Question 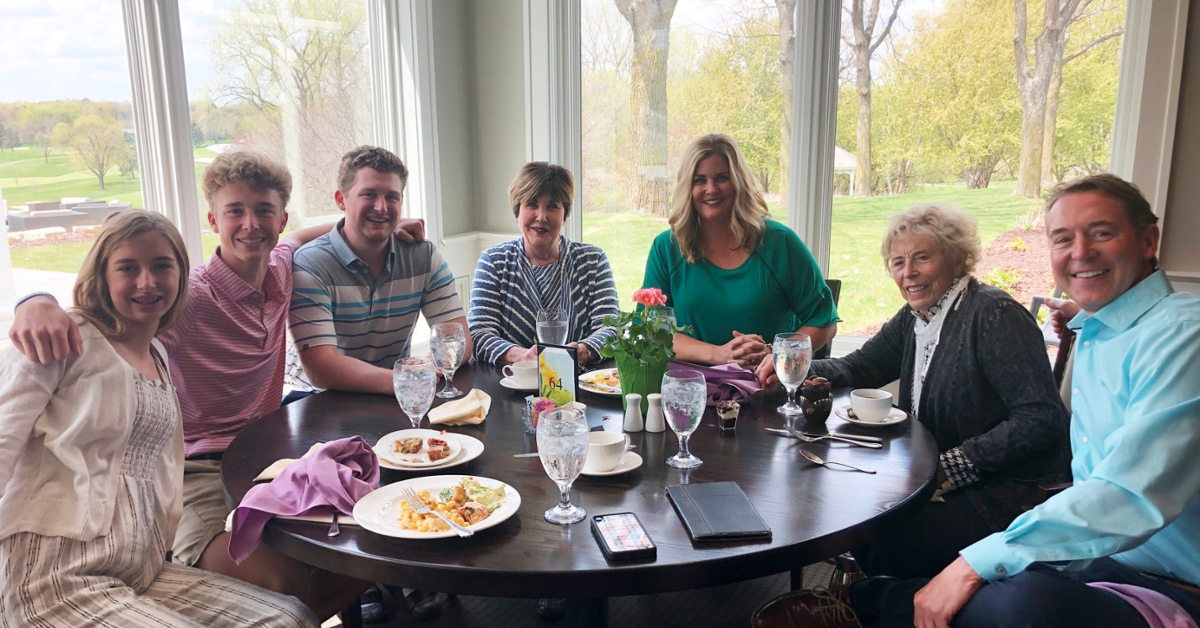 When it comes to investing in your family's future and well-being, certain decisions, like whether or not to start a college fund or to supplement your retirement account, are easy to make. But what about the decisions that can start benefiting your family today, rather than years down the line?

Many families find themselves considering making an investment in how they choose to spend their time together. Two popular options are to purchase a cabin getaway or join a country club. While both certainly have their pros, there are also plenty of cons that you need to be aware of to help you make an informed decision. Keep reading to learn what you can expect when you buy a cabin or join a country club, and why one might be the better choice for your family. 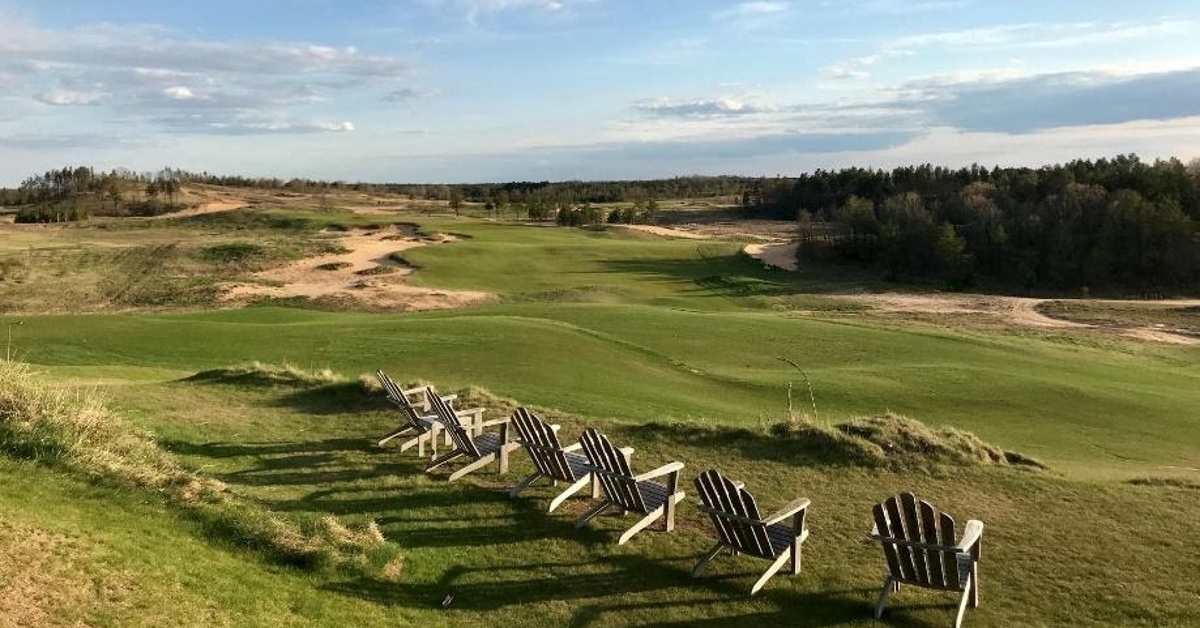 At North Oaks Golf Club it has been a year filled with opportunities to “Play with the Pros” at the club and at destination courses. In May, a group of members and professional golf staff made their way to Central Wisconsin for a leisure getaway to Sand Valley, named Best New Course in 2017 by Golf Digest.

North Oaks member Vid Kath explains, “as we’re driving through Wisconsin and about 10 miles away, I can’t believe there will be a golf complex because we’re in the middle of nowhere.” “Immediately upon getting to the peak of this property, our entire group was wowed by the views and vistas covered in natural sand,” says General Manager, Phil Anderson.

The architect of Mammoth Dunes, David McLay Kidd, was known for narrow and difficult courses.  His goal behind Sand Valley was different. This time his intent was to “remind people that golf could be fun again.” Phil Anderson couldn’t have agreed more, “we heard fairways were 100 yards wide and they truly were, what an enjoyable and playable golf course for all.” 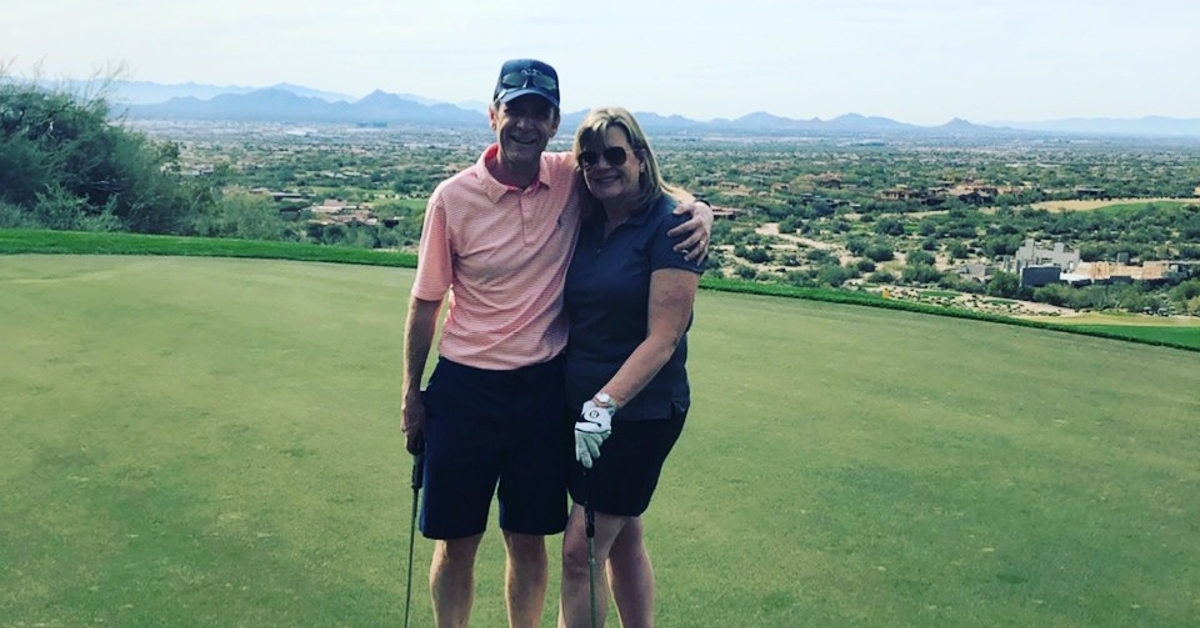 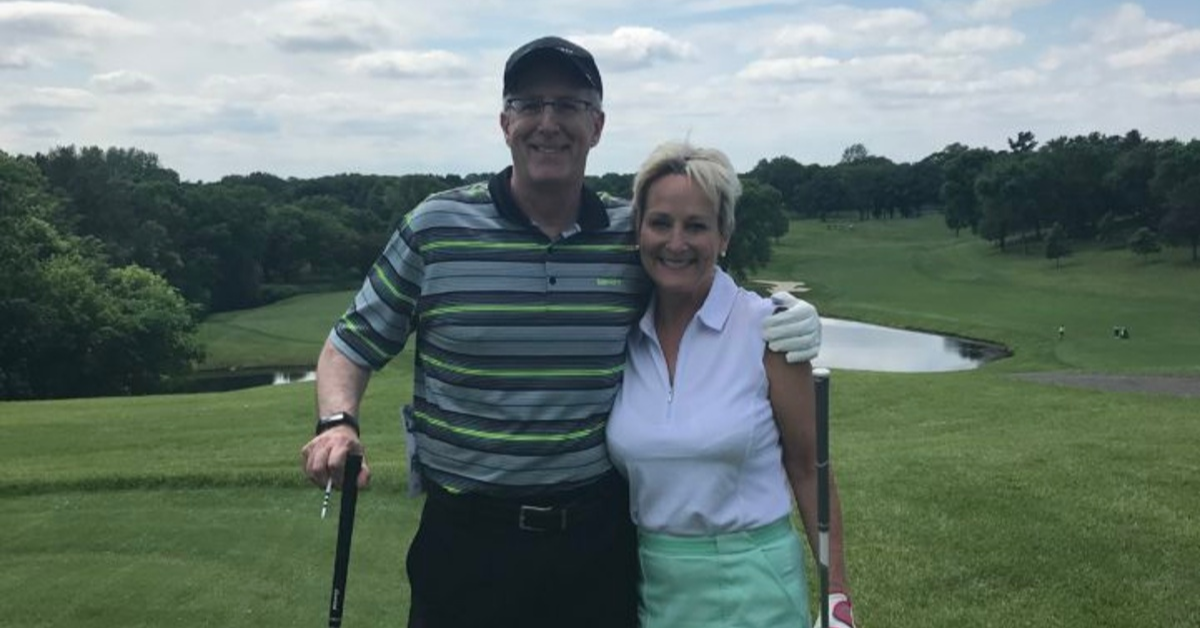 How North Oaks is an Environmentally Responsible Business 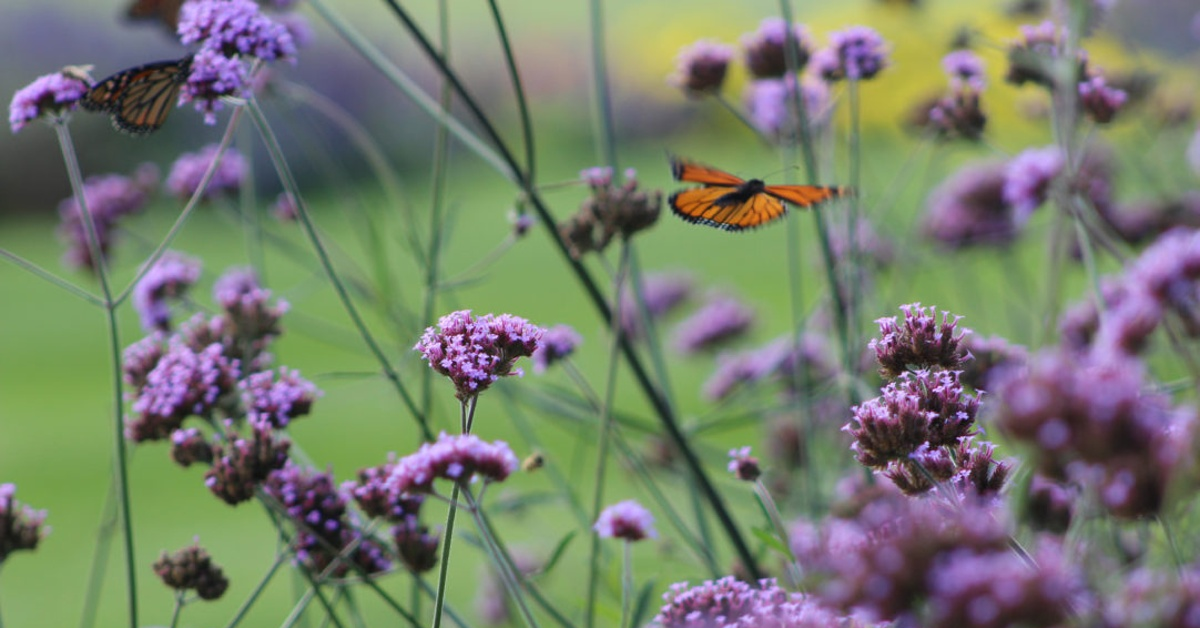 If you love golf and you value the environment, there are few jobs better than Golf Course Superintendent at North Oaks Golf Club. "Look, I've got the greatest job ever," says Brian Boll, who holds that title. "My office is unbelievable!"

That office is more than the golf course. It's all 167 acres that were once part of the James J. Hill Preserve, and Boll is passionate about maintaining them for a club that was founded on a commitment to protect their natural land, water, and wildlife for generations to come.

"North Oaks is unique because we are part of this tremendous flyway and waterway that includes Pleasant Lake," he says. "It's so cool seeing the different wildlife come through this travel way in different parts of the year."

And although some might expect that to require a balancing act between golf course management and his environmental responsibilities, Boll and the NOGC leadership feel they go hand-in-hand. 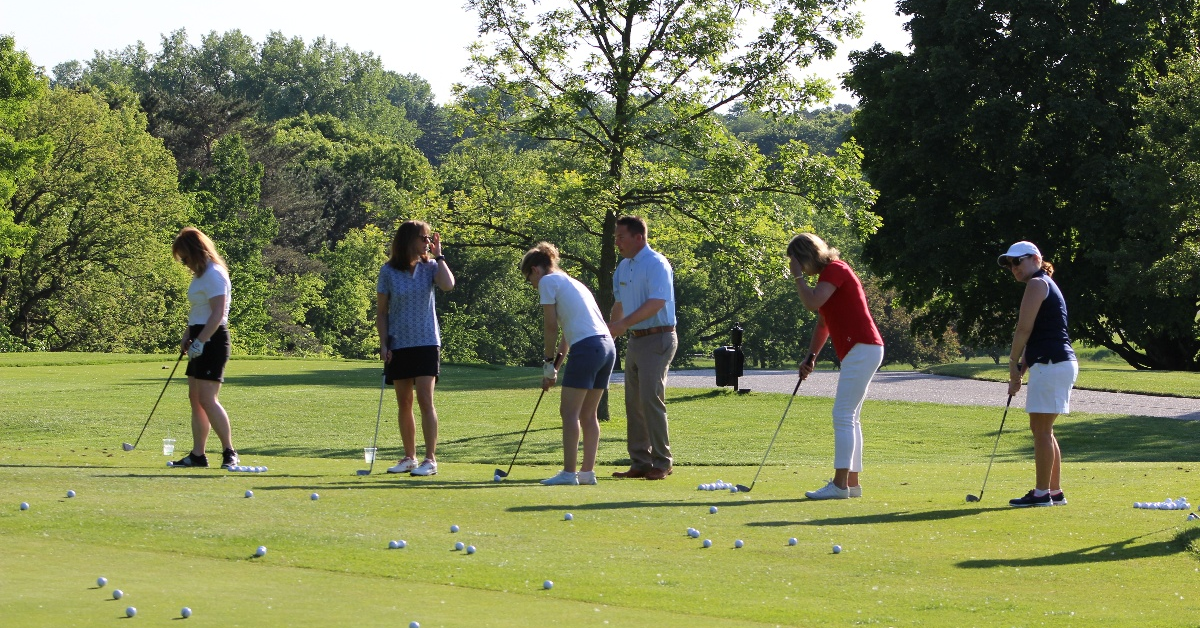 Golf can be intimidating. That's not a secret. Heck, the rules and etiquette would be enough to scare away some folks, even if it wasn't so hard to hit the ball hard and on-target.

In fact, just going out on the course can be more daunting for some beginners than playing the 18th at Augusta would be for a pro. Yet it doesn't have to be that way. You should be able to learn the basics and be able to go out on a course and have some fun. And you can!

Inspired by the popular Couch to 5K (C25K) program, which lays out a simple 9-step training plan to turn a couch potato into a 5k runner, we've decided to lay out some similar steps for a beginning golfer. 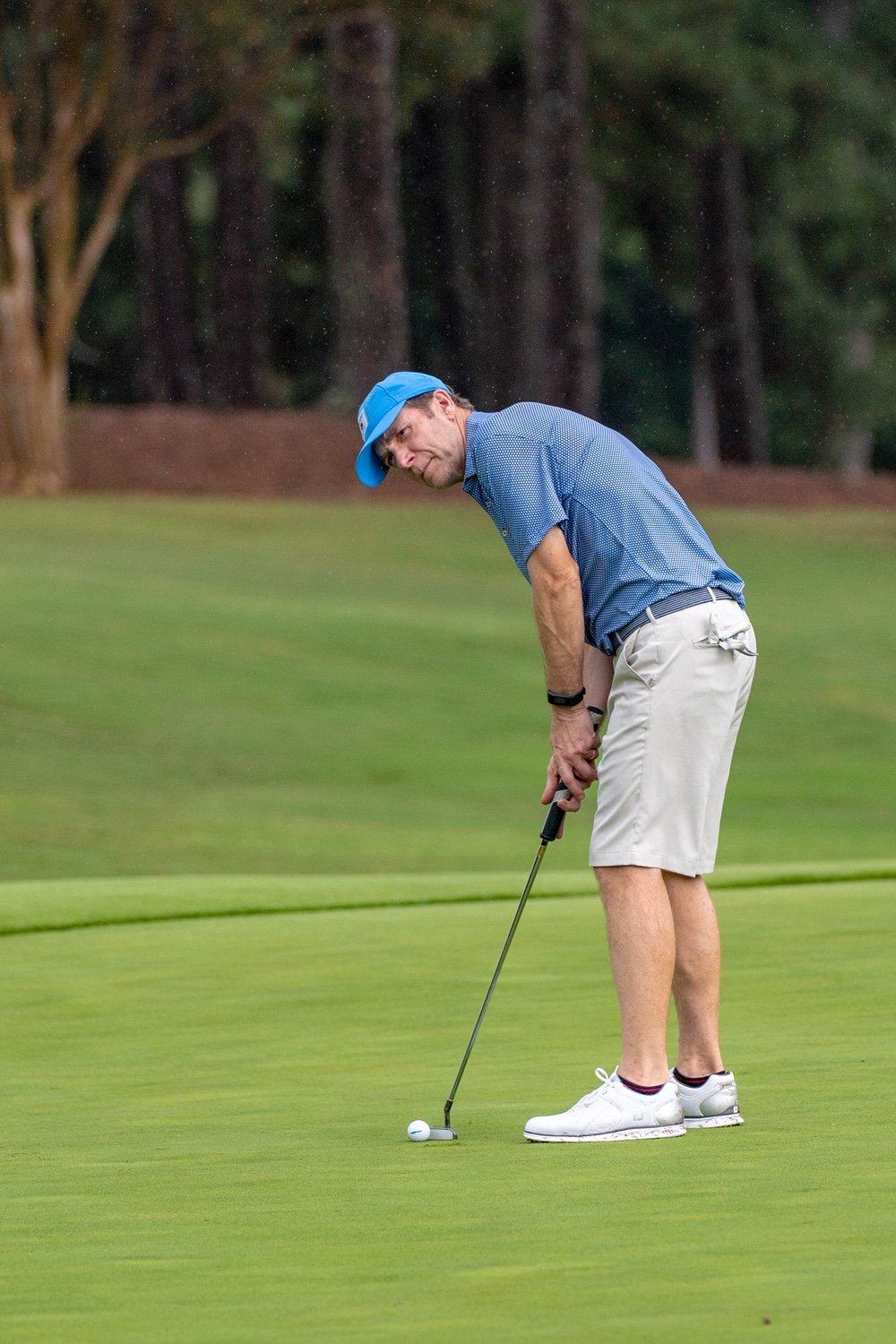 If you love golf, you probably understand the most obvious benefits of belonging to a private club. Who wouldn't want to hone their game on a scenic course like North Oaks, work with our excellent instructors, and meet other people who love the game as much as you do? Throw in a place for family gatherings and the opportunity to host friends and business associates at the club, and you understand why private golf clubs are so popular.

But there are also some hidden perks to private golf club membership that aren't quite as well known. The perks that can best be described as "you've got a guy for golf."

To Your Health: 7 Benefits of Playing Golf 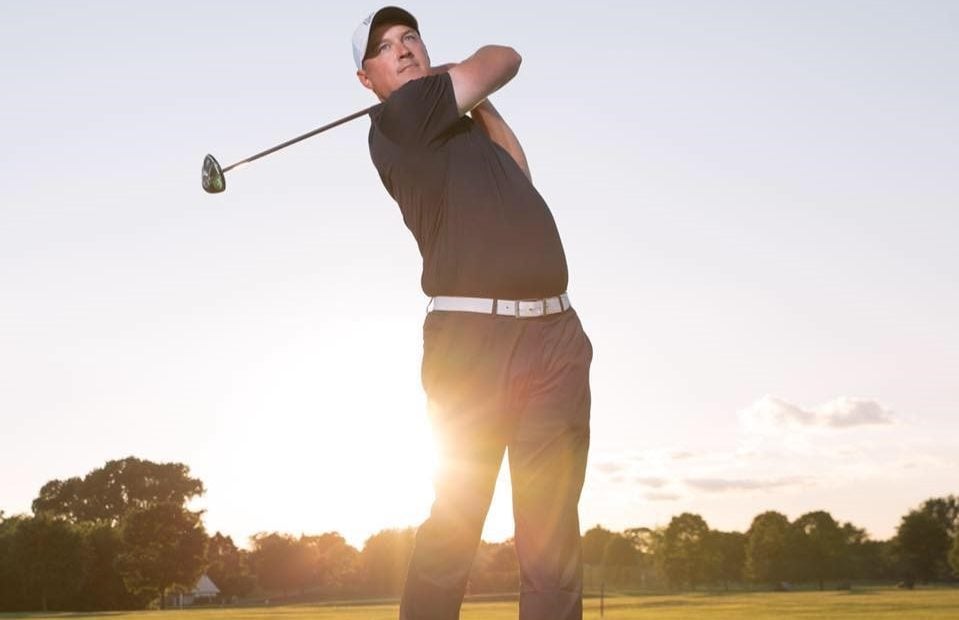 Golfers don't need many reasons to get out on the course. Most of us subscribe to the saying that a bad day on the course is still better than a good day at work – or just about anywhere else. But if you're looking for some extra support for spending extra time playing your favorite sport, there really are many important benefits of playing golf, such as reduced stress and anxiety, weight loss, strength, and more.

Take it from Mike Lamey, a 78-year-old North Oaks Golf Club member who played more than 150 rounds in one season at North Oaks. Mike lost 90 pounds that year and says he uses golf to meet new people, stay in shape, and enjoy the tranquility of nature.

Previous All posts Next