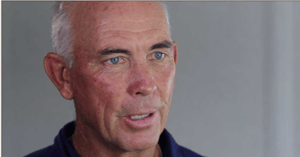 Thompson was once quoted saying, “Nature must always be the architect’s model”.

As is the case with most golf courses designed during Thompson’s era, they have become defenseless against today’s golfers and their technology. Yet, the challenge for today’s course designers is making significant modifications that make a golf course challenging and playable, yet also consistent with the original vision of the designer. North Oaks Golf Club faced this challenge when it underwent a course renovation with Lehman Design Group in 2007. Led by Minnesota native and 1996 British Open Champion, Tom Lehman, the membership at North Oaks wanted to retain the inspired design of Stanley Thompson.

SEE ALSO: How Golf Clubs are Changing with the Times: Renovations at North Oaks

“When someone plays this golf course 10 years from now, I want them to experience the Stanley Thompson legacy,” Lehman is quoted as saying on the Lehman Design Group website.

“We simply wanted to get back to that same strategy,” Lehman said. “The idea was, let’s take what we have there - which is something that’s a gem - and shine up that gem. And I think we have. It’s a fun course, it’s beautiful and it challenges you.”

Lehman’s team began work in the highly seasonal Twin Cities in August of 2007 and completed the work before the first snowflakes hit the ground that winter.

Since then, the work of Thompson and Lehman Design Group has elevated the club into the national spotlight. In 2017, North Oaks Golf Club became one of two clubs in Minnesota history to be recognized with the Distinguished Club of the World Award by BoardRoom Magazine. It is also consistently recognized as one of the top 20 courses in the state. And yet, the team at North Oaks continues to follow the roadmap developed by Lehman Design as it plans for the future.

North Oaks Golf Club's Superintendent says Lehman regularly visits the club to check on progress and make suggestions. One of the most recent investments the grounds team has made was to improve drainage on the greens.

SEE ALSO: How North Oaks is an Environmentally Responsible Business

“We want to continue to work with Lehman Design to identify areas where we can make improvements to the golf course,” said General Manager, Phil Anderson.

Preserving Thompson’s work remains a top priority as North Oaks Golf Club continues to enhance its treasure with Lehman Design Group. But all parties will agree, with “nature as the architects model”, Stanley Thompson made it easy to polish this gem and make it shine. Phil Anderson and the green worked with the Lehman design group on a Lehman Master Plan 2.0, slated to begin this fall which will take the course to the next level. The Lehman Plan 2.0 will make the course more enjoyable for all. Changes include squared tee boxes, redefined grass lines, fescue implementation, and making the course par 71 for all players.