Meet the Members: Sarah and Anton and the Benefits of Our Trial Golf Membership 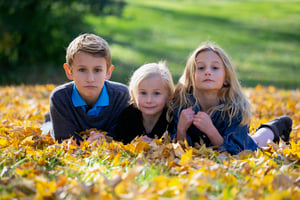 Like many young parents, Sarah and Anton Medved's lifestyle has changed considerably as their family has grown. When they moved to North Oaks back in 2011, the club was an attraction, but they didn't even join as social members for a while.

"It just wasn't the time for us," says Anton. "Our kids were so young and we had so many other things going on, we wouldn't have had enough time to be able to get on the golf course or anything like that." With a 2-and-a-half-year-old son and an 8-month-old daughter, that was understandable. But eight years later, they now have three very active children, and the Medveds are among our most active golf families. In fact, it seems that they spend most of the summer out on our golf course.

"We don't have our own cabin," says Anton, "so this is kind of our cabin. That's a big part of their summer and they really look forward to it."

Their transformation from North Oaks neighbors to social members to avid golfing members happened quite naturally as the kids grew older, but Anton says it was also aided by utilizing our popular Trial Golf Membership for Social Members. "It was kind of an easy decision, just the way that they did it," he says.

Giving the Golf Membership a Try 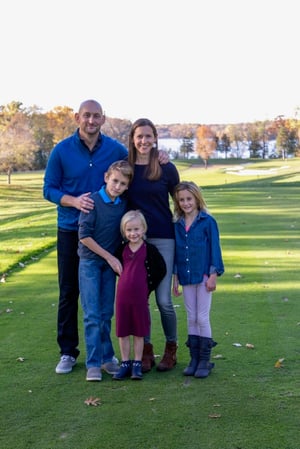 For the Medveds, that became an almost no-risk way to upgrade their membership. They'd joined North Oaks Golf Club as social members after a couple of years in the neighborhood. They really enjoyed walking to the club with their kids for meals and other social activities, and in the spring of 2016, they decided to sign up for the Trial Golf Membership. With three growing children, the timing seemed right, and the trial offer made it even more attractive.

"It just made sense," Anton explains. "It wasn't like we were hit with this big financial component where we'd be worried about losing a bunch of money. It was really a great way for us to take that next step and confirm what we probably already knew we were going to do anyway."

The Medveds took full advantage of the trial during the early weeks of the golf season and then the decision felt easy. "We converted to the full golf membership on Memorial Day," he remembers. "We were at a barbecue and some guys were looking for people to join the men's league team, and it just made sense. We kind of knew we were going to make that decision, but the trial membership was kind of a tipping point."

A Home for the Whole Family 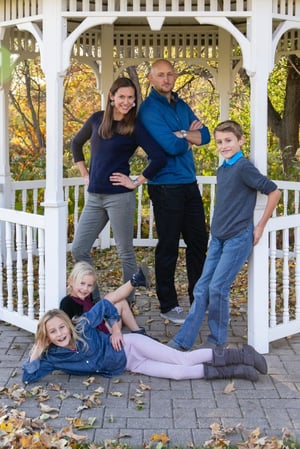 Since becoming golf members the Medveds have become one of our most active golf families. Ten-year-old Maks and sisters Ziva (8) and Vida (who turns 6 in June) are all regulars on the course.

"My youngest will be there for an entire week for one camp and the two older kids play in both the 9-hole and 5-hole leagues, so they have the opportunity to be there three times a week for that. And as a family, we probably go out on the course at least two times a week together," he says. "Maybe not for full rounds, but that's one of the benefits of being members of the golf club. If we wanted to do that at a public course, they'd charge us. But it's great that we can go play five holes or seven holes or 11 holes and then walk off and have dinner together."

In fact, making the golf club a family affair was a major factor in their decision to join. Sarah grew up around golf and wanted her children to have the same kind of family experience. "She has used this as a way to come back and get into golf," Anton says. "She actually does more of the events than I do. She just she loves being out there and being a part of it."

Basically, all of the Medveds are at home on the course or in the clubhouse. If they go up together, they may branch out to play or hang out with various friends, whether that be kids or adults. "They have a couples Twilight on Sundays where you go up and play with another couple and we try and hit all of those because we really enjoy that," says Anton. "We like to be together as a family, and we like being together with friends. And that's the place where we can be together but also be amongst friends."